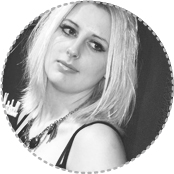 Jessica Toyne
Jessica Toyne started her musical career after graduating with a BA(Hons) in music business from the Academy of Contemporary Music in 2008. Her career began in music publishing at Platinum Sound, an independent publisher that specialised in sourcing music for media. After relocating to the Isle of Wight, Jessica set up and ran her own professional recording studio and in previous years has worked with the artist liaison crew at the Isle of Wight Festival main stage.
In a musical capacity Jessica has worked as a songwriter, lyricist and vocalist in performing bands, in addition to composing music to brief for other artists and for media usage.
Ever keen to broaden her horizons, Jessica has also written a number of non-fiction books, which have been published in physical format internationally. She thrives on exploring new musical avenues and enjoys sharing her knowledge with emerging and established artists and composers alike.
Read this blogger