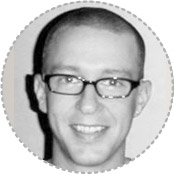 Explore
Pascal Brunkow’s LibraryThomas Quillfeldt interviews Swiss composer, producer, engineer, studio and label manager Pascal Brunkow about his approach, his gear and what aspiring composers can do to up their game. Recent clients of Brunkow’s include reggae/dub legend Lee “Scratch” Perry.

Thomas Quillfeldt: I understand you’ve been at this a while - when did you first get into composing and producing?

I got my first synthesiser–an SH 101–when I was 8 years old and my first multitrack mixing desk at 12. After doing nothing except production, I opened my first studio at 20 years old with a giant Soundcraft that I inherited from French pop rockers Les Rita Mitsouko.

Thomas Quillfeldt: How has your approach to making music developed? What is the most important thing for you?

For the people making the music–the writers, performers and engineers–it’s just work, just details. Whether that’s production techniques, instrument sounds, rewriting chord sequences: it’s all just work. For the listener though, it is a moment in their lives when they hear your piece of music, so all that work should be aimed at creating something that will make them feel, something atmospheric.

If you feel happy, you want to listen to happy music. You don’t care about the bass line or the sound of each drum - the technical stuff.

Thomas Quillfeldt: So how do you go about achieving that? Where do you start?

I start at the piano and go on a little journey in my head. I try to think of a scene in a movie and hone in on the atmosphere and mood. That could be melancholic, positive or jumping. Slowly, I’ll develop a rhythm and a tempo. I might even sing (badly!) to myself, just to get what’s in my head out into the room.

It’s a bit like seeing a landscape–the music in my head–and trying to draw a picture of it, to get it down on paper.

Thomas Quillfeldt: What advice would you give to aspiring studio composers and producers?

Really get to know your sound library and instruments. The more you know about what sounds you have, the faster you’ll find them. If I want a particular bass sound, it only takes me two to three minutes to find it among the thousands available. It’s like knowing how to mix a colour quickly when you’re a painter.

You should be doing all that discovery and experimentation on your own so that when you have a band or artist in the studio, you don’t waste everyone’s time. If they’re in the studio, I want to use them as much as possible. You can lose your spontaneity spending 10 minutes searching for a particular patch. If I can’t find it quickly, I record a simple placeholder piano part that I can replace later so I don’t lose the flow. People are amazed at how quickly I can work because I know my synths and patches. It means we can build something from scratch and potentially finish a track in a day because no time is spent fiddling with parameters, slowing down the work.

With Lee “Scratch” Perry, we had prepared seven tracks ready for the session but still needed to create four tracks quickly before he arrived at the studio. I set up the band to jam (complete with audience in the room!) and we got those four tracks down lightning quick, coming back later to do solos and overdubs. This was possible because I had my reggae sounds ready to go.

Thomas Quillfeldt: How do you approach production music differently to commercial music?

If it’s not commercial, I don’t worry about things like radio edits and the length of the track. I will take the time necessary to let the music come to life whereas with pop tracks, you have to put the blinkers down.

If it’s for an artist’s album, I’ll put a lot of thought into whether the tracks will work live. It’s good to imagine yourself in the audience watching them perform the track - what would I want to hear from this artist?

When it comes to production music, I try to imagine which moment in the movie this music will play under. Is it the scene when they kiss? Have they just kissed? Similarly with a commercial track, I encourage the artist to think about what kind of songs their fans might want to hear at this point in their lives.

Thomas Quillfeldt: What is your favourite atmosphere or mood to create when it comes to production music?

I like melancholic, slow romantic stuff - not passionate, swooshy stuff, but downbeat.

Thomas Quillfeldt: What gear should an aspiring composer or producer be thinking about first?

Good room acoustics, good speakers and a great preamp are absolutely key. If you have any money to spend, this is where you should focus - 80% of your budget should go towards these things. In terms of preamps, if you can grab a Neve 1073 or clone, they’re the best you can find. You ought to invest some time and money into treating your music room - you’ll thank me later!

Obviously you need Pro Tools, Logic or similar - I prefer Pro Tools because it’s precise and that’s how we do things in Switzerland.

Thomas Quillfeldt: Is there an effect or technique you find yourself coming back to time and again?

I don’t use any presets - every song I mix is from scratch, as if I’m hearing it for the first time. I won’t just copy across drum settings from one session to another.

I try to avoid a mixing routine as well, so everything is fresh every time, even across tracks with the same artist.

Thomas Quillfeldt: What is the one thing people shouldn’t do when learning to compose or produce?

Don’t start with a loop!

Start from scratch, build a track and then, if a section calls for it, introduce a loop. But don’t use it as the basis of a new track.

Quite a few artists come to the studio with a loop-based track, where things cut in and out and the screen looks like a basic Lego model. This isn’t musical and they complain that they can’t do anything to improve it.

Compose with your brain, your heart and most importantly, your ears. Not your eyes.

Thomas Quillfeldt: Who is your favourite film/TV/games composer?

John Williams and Alan Silvestri - they write amazing, catchy scores, especially things like Star Wars and Back to the Future.

I really dig Iron Man’s mix of metal and orchestral music, much like the Matrix soundtracks.

Of course Hans Zimmer is fantastic, especially his gigantic scores for films like Inception.

The end of Oblivion [starring Tom Cruise] has this perfect cue, with everything building up and an incredible song featuring Susanne Sundfør - it nearly made me cry!

Thomas Quillfeldt: Anything you want to shout out before we finish?

I want to big up the artist TMN (stands for Too Many Notes) - we’re working on a big orchestral and metal album together. He’s going to be very big, he’s got an incredible sound.